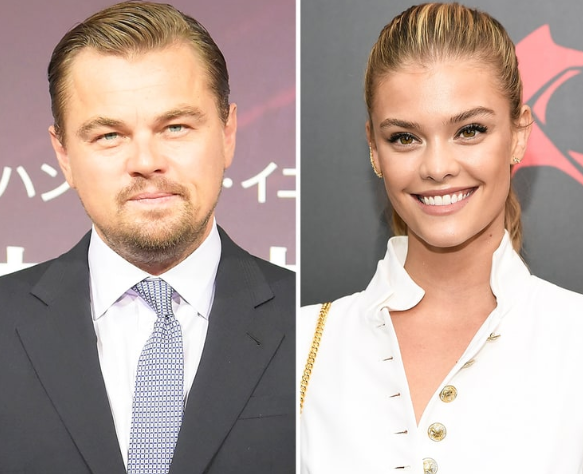 Leonardo DiCaprio Is Reportedly Dating Someone, And No Her Name Is Not Rihanna We thought Leonardo DiCaprio might break his string of relationships with young models. We had high hopes for his little fling with Rihanna. Maybe they would find love in a hopeless place.

But nope. According to multiple sources, the 41-year-old actor is currently dating 24-year-old model Nina Agdal. It looks like their relationship started back in May and they have already been on several trips together. They visited New York together in June, and then later that same month they spent time on a private island in the Bahamas.

As you might expect with Leo, things are “supercasual” for now, and they appear to be just having fun together at the moment. And throughout the years, Leo has had loads of fun with models. In the past 20 years, he’s been with Gisele Bundchen, Bar Refaeli, Toni Garnn, Kelly Rohrbach, Chelsey Weimar, and many more. None of those relationships lasted more than five years though. Heck, most of them probably didn’t even last five months. During an interview with Parade earlier this year, he explained that he’s not afraid of marriage, he just believes you never know when it might happen.

That time will come when that time comes. The truth is, you can’t predict marriage. You can’t plan it. It’s just going to happen when it happens.

Not bad advice, although, it’s probably never going to “just happen” for him if he continues to play the Fruit Stripe chewing gum dating game.

The sticks of gum might look intriguing on the outside, but after you chew on them for 10 seconds, they lose all their flavor and you spit it out so you can pop another one in your mouth.