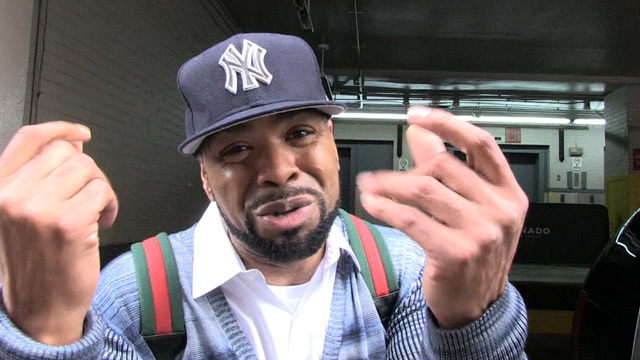 Obviously I have my opinions on this one.  My entire job is to report on topics and post pictures that will get people to visit our site.  The better we are at doing this, the more traffic we get, the more money we make.  It’s literally that simple.

For those who are longtime Method man fans, you know that he is notoriously private.  This is ok, but you have to remember he is worth an estimated $14 million because  he is famous.  By definition famous suggests “well deserved public attention”.  Method Man will argue, that’s him; not his family and I will say, that this is not a very good argument.

We first learned how Method Man felt about his private life, when Wendy Williams exposed that his wife was battling cancer.  This was soooo private, that Method Man’s wife’s family didn’t even know it.  They found out from listening to Wendy that she was sick and undergoing chemo.  This angered Method man to the point that he made public threats directed at Williams.  Here is a clip of how ANGRY Method Man was at the time: I do not know too much about this guy.  Apparently he is an author and a self-made millionaire.  He seems to have a respectful following on social media.  A quick visit to his website reveals what appears to be stories that are nothing but snippets of posts from The Daily mail with links to the full story where the snippets originated.  Honestly it’s a bit of a hack site, but if that works for him, then great.  I’m not going to knock his hustle.

It was on this site that he posted a picture of Method Man and his wife.  I’m pretty sure it was this photo. So why did I just re-post it?

Simply because, if this is the picture, then it’s ridiculous for Method Man to request that it be removed.  There is nothing, private in it or disrespectful, it doesn’t look like she’s sick, it’s just a photo and as I stated before, he’s famous.