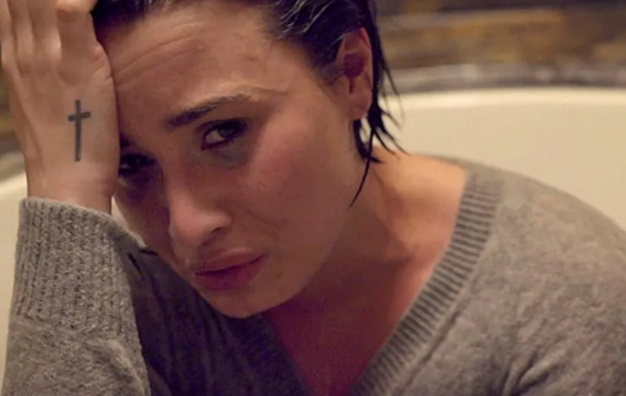 A Day After She Slammed Taylor Swift, Demi Lovato Announces She’ll Be Taking 2017 Off For This Reason…

“When you’re an artist, you have a platform that can reach millions. I feel it’s selfish when you don’t use your voice, because then you’re just relishing the attention—you’re not using it for good.”

So acting all surprised that people care about what you said in an interview doesn’t work. You knew they would care. They always care, especially if you’re slamming T-Swift. She’s one of the most popular artists in the world.

If you want to be REAL with your fans. If you want to give honest answers to questions…that’s great! But don’t get all defensive when it comes back to nibble on your ass.

It’s not hard to handle the media. Just don’t give us anything to write about. When is the last time we wrote a story about Chris Hemsworth?

WATCH: Demi Lovato Falls Face Down. I Dare You To Watch Without Saying OUCH! (Raw Footage) Sunday, the 22 year old Lovato was performing at a party hosted by radio station 102.7 KISSFM at the WaterMarke Luxury Tower in Los Angeles . She was performing her controversial (more on the controversy below) song “Cool for the Summer” as part of her promotional tour for her upcoming album.

The entire thing looked like a recipe for disaster. Lovato was wearing six inch, yellow, translucent heels on a slippery, water soaked deck. You do the math.

From the footage it looks like she had just finished her performance and her handlers were taking the microphone off of her when she took an awkward step backwards and then face planted forward. It almost looks like she hit her actual face on the ground. After a collective groan from the audience, she plays it off by yelling out, “Cool for the Summer” and then jumping in the pool , complete with her heels on and everything!

As we learned last week during the Diddy fall at the BET awards, you can’t take yourself too seriously. This isn’t Lovato’s first fall. As a vet she has learned how to turn lemons into lemon dollars; she used her own social media account to post the clip before news sites did. However she posted it with an angle. Not only does the clip show her falling, she mixes it with a “Cool for the Summer” mash-up and ends the clip with #coolforthesummer.

Well… It’s not a tour without busting ass!!!!!! #NOTcoolforthesummer

Many gossip sites…uhh hmm…”Celebrity News” sites, didn’t even bother to do the work of getting the raw footage and just used that clip instead. This is what Demi’s marketing team was counting on. Lovato’s people knew that we are just lazy, slobs sitting in our mom’s basement chugging Red Bull in our jelly stained t-shirt and boxers. Although they are right, this jelly stained guy still got the raw footage for his fans.

The entire thing was pretty dramatic because the way the crowd screams when she goes down makes it appear way more serious then it was, or at least Lovato would like you to think. Here is the raw footage. I’m sure she’s feeling it today!

When you are on top, that’s when the haters come out. Lovato’s single hit number one on iTunes and that woke up all the haters. Fans begin to accuse her of ripping off both Katy Perry’s “I Kissed a Girl” and Jessie J’s song “Domino”. Entertainment Tonight fueled the flames by putting out a tweet which Demi’s response got all the girls in the LGBT community hot and not so bothered.

@etnow I think more than one female artist can kiss a girl and like it…..

If you ask me, the three songs sound nothing alike. But what do I know. Here is the audio, the video is rumored to have finished shooting and will debut soon.