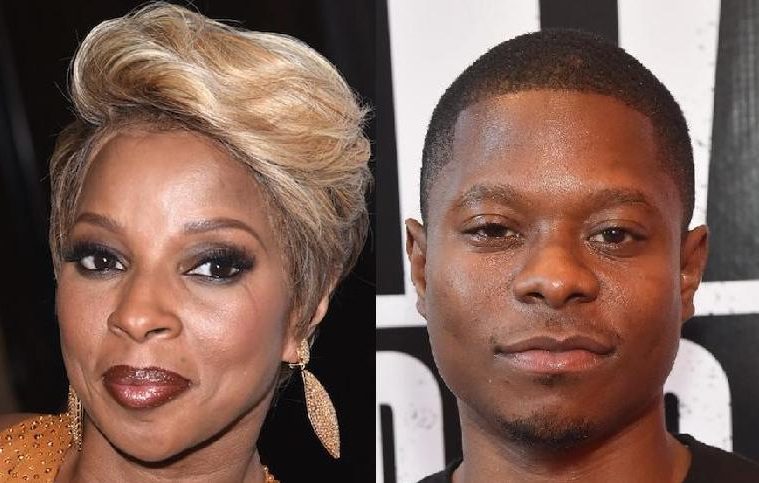 Mary J Blige Tweets and Deletes About Her New Young Boo Thing. 5 Facts You Should Know About Jason Mitchell (Facts and Deleted tweets) Mary J. and Jason Mitchell are both starring in Dee Rees’ highly acclaimed new film ‘Mudbound.  This is where they  met and reportedly hooked up.  The two then headed off to the Sundance Film Festival to promote the film where they were photographed together more than a few times.

Just when the rumors of Mary dating the 30 year old were turning out to be just that, Mary J. Blige herself, took to twitter and asked us if we approved? “Do you like??”, she tweeted?  Then she deleted the tweets.  But of course…nothing ever gets deleted from the Internet.  Mary should know that by now!! While that doesn’t confirm that the two are an item, it does confirm that something is going on and Mary is having fun with it.

We figured now might be the perfect time to dig up some info on Mitchell before things got too serious.  Then we can answer her question about what we actually think.

FACT 1: Jason is from New Orleans and he and his family lost everything in Katrina

His mother was raised in New Orleans and after traveling the country with her family for her job in the army, they settled back in New Orleans right at the time Mitchell was in middle school.  A few years later, when Hurricane Katrina hit, he was just graduating High School, just the right age to really understand how devastating it is to lose everything.  And an age where helping his family recover is an expectation.

FACT 2: Jason sold drugs until his best friend was killed

After Katrina wiped his family out, he took odd jobs to help his family survive.  He also took to selling drugs.  He told the LA Times,

“I used to hustle on the side. I was also in the drug scene

And I started seeing a lot of things happen, things that were too close to home, and I thought that’s not really what I want for myself. My best friend was killed in 2007, and that’s where I started thinking, ‘I’m just going to find something different to do.”

FACT 3: Jason was working at an Mr. Ed’s Oyster House restaurant when he landed the role as Easy E.

He wasn’t even acting full time, but it’s rumored that he crushed he audition, and the rest as they say is history.  Here is what he told Variety ,

FACT 4: Jason was accused of assaulting Emily Marquez and indefinitely banned from all Ritz Carlton hotels.

An argument started after the woman tried to crash a party Mitchell was having at the hotel…and when she was turned away she got extremely upset. Several witnesses on scene say that the woman actually struck Mitchell first, with an open hand.

Then the story went..

Emily says that she rejected his advances and that’s really why he was angry and assaulted her.  She told her story to TMZ in this interview: