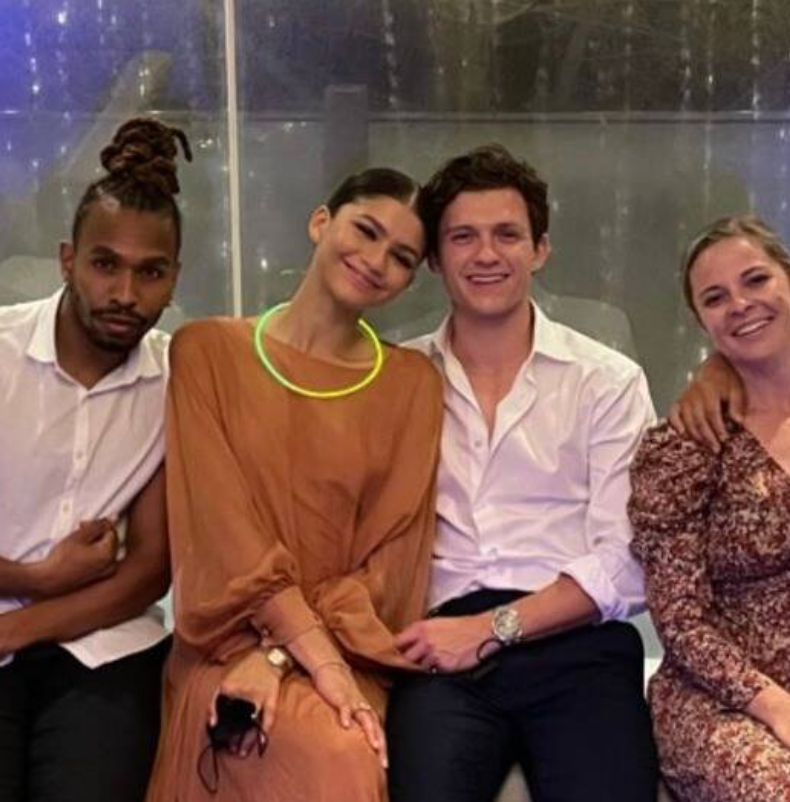 Yes, Tom Holland And Zendaya Are Still Dating, And We Have Photo Evidence!

And that may have been the case early on, but now it’s clear they are more than just friends.

It’s been two months since the two stars basically confirmed their relationship with some PDA for the cameras.

And while they haven’t really commented on the romance to any publication, it’s clear they are still hot for each other.

On August 22, they attended a friend’s wedding together, and another party guest shared a photo of them looking very much like a couple…

Fans are now looking forward to watching Zendaya and Holland walk the ‘Spider-Man’ red carpet together later this year. The latest Spider-Man flick is expected to hit theaters this December, which means the premiere should be in early December or November.

Until then, we’ll wait for more candid photos.