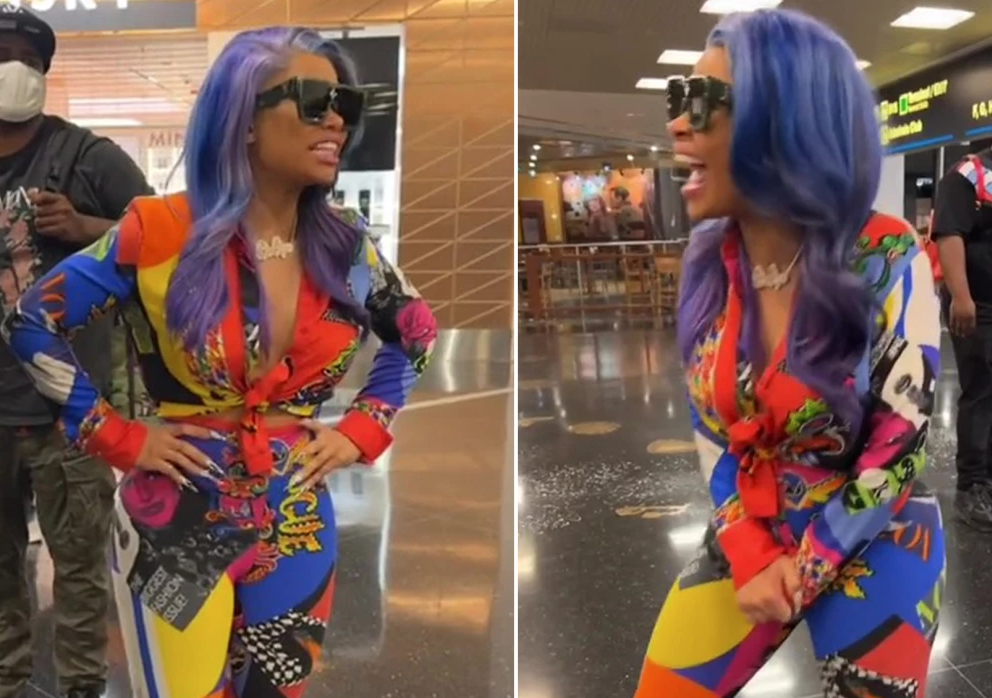 Blac Chyna Goes OFF At The Airport, Yells At Passengers To Get Vaccinated Or GTFO!

We have been seeing a lot of meltdowns at the airport in recent months, mostly from people who refuse to wear a mask inside the airport, or from those who were kicked off the plane for taking off their mask during the flight.

But we saw a different kind of freakout late Sunday night from Blac Chyna. She was inside Miami International Airport when a fan allegedly asked her for a photo. The lady, who was holding a baby, walked up to Chyna, and that’s when Chyna responded, “You better be vaccinated.”

And from there, it just became a legit rant. We’re assuming the woman said something about not being vaccinated? We hope, at least. Otherwise, this rant doesn’t make a lot of sense.

You can hear her scream…

Go get checked out! It’s sad. Go get the shot! The same thing that you have to do to enroll your kids [in school]. This is why people’s grandparents are dying and s–t.

When she heard people laugh at her, she called them “hyenas” and basically told them to f**k off.

Chyna has been a huge supporter of the vaccine. She got the vaccine earlier this year while live streaming, so good on her for that.

I’m not sure this rant really helped her cause, but hey, sometimes you just gotta vent. It’s rough out there.