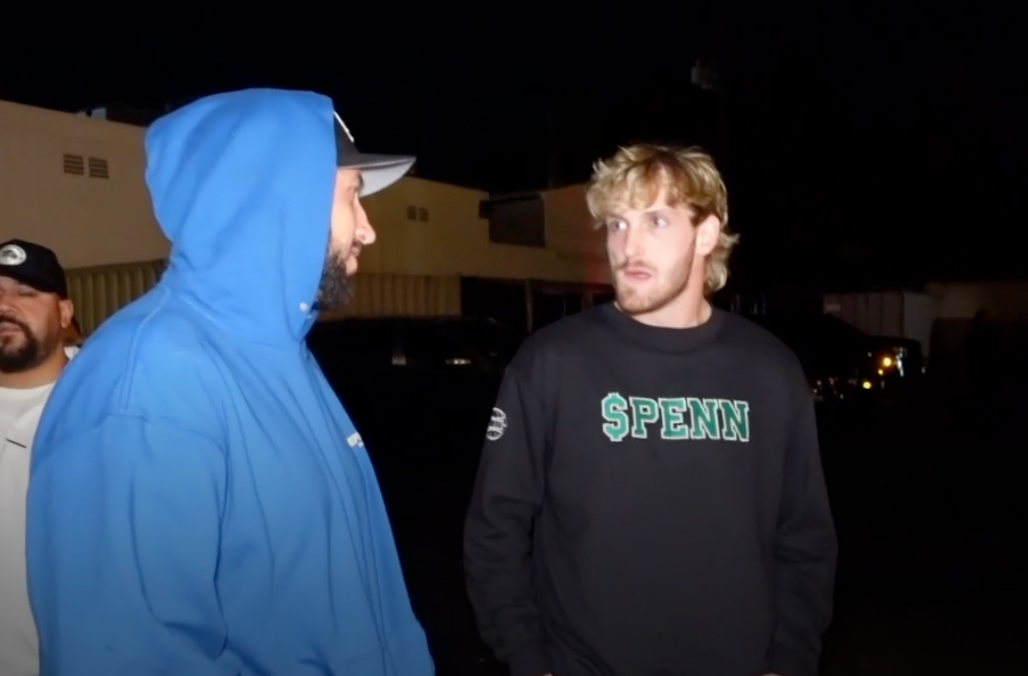 I don’t know about you, but I’m tired of seeing Logan Paul’s face. I think he’s one of the worst humans on the planet, but here we are talking about him.

He has managed to wiggle his way into the headlines again this week. Paul was waiting outside Nightingale in West Hollywood on Wednesday night (Oct. 27) when a few people wanting autographs walked up to him and his friend/podcast host Mike Majlak, who miraculously seemed more annoying than Paul. Well done, Mike. That’s impressive.

Paul ignored the autograph requests, which sparked one weird-looking dude to shout out, “Are you a pu**y or what?”

That’s when Paul got real mad and walked over to the guy. He proceeded to tower over him before slapping him in the face.

In another camera angle, you can see a photographer following the “fan” who got smacked down the street, asking if he was going to press charges, but the fan tried his best to hide his face and keep walking, most likely because he was hired off Craigslist by Paul.

I don’t know, maybe I’m the only one who thinks this is fake. What do y’all think? Am I just being a hater? Or do you agree it looks staged?

TMZ seemed to buy it, but they’re probably trying to hype it up to get more views.