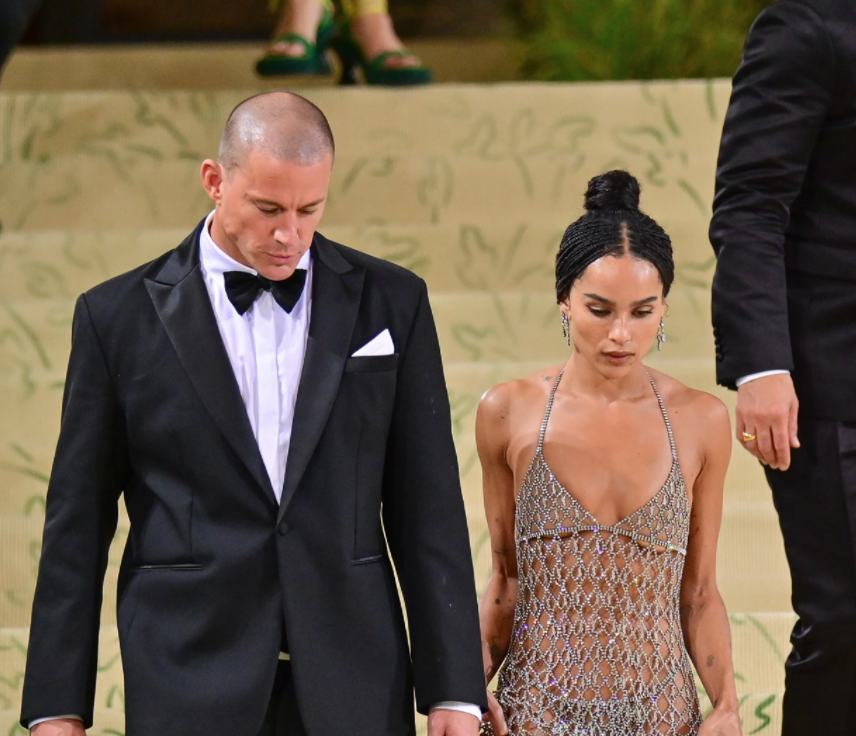 Zoe Kravitz And Channing Tatum Are Reportedly Getting More Serious!

Don’t look now, but it looks like Zoe Kravitz and Channing Tatum could be planning for a long future together.

Last year, we told you that the two stars were dating after working on a film together. At the time of the report, their relationship was not serious. It was still fresh and they were more in the dating stage. But now that they’ve been together for around 10 months now, Kravitz is starting to take things more seriously.

Sources say she has told close friends that she is looking towards the future with Tatum.

Things are going great with Channing and she is incredibly happy. She is in a good place career-wise and he has a good record of being a dad.

Tatum has one kid with his ex-wife, Jenna Dewan. According to the sources, Zoe could see herself having children with Tatum, which is not something she expected.

Back in 2020, she revealed on Dax Shepard’s ‘Armchair Expert‘ podcast that she finds questions about starting a family offensive…

A lot of people ask the question, ‘When are you gonna have a baby?’ or say things like, ‘When’s the baby?’ and I really get offended by people assuming that’s something that I have to do because society says so.

Right now, I’m certainly not in a place where I think I’m able to do that just ’cause of work and also just, man, I don’t know, I like my free time.

Looks like things are changing for Kravitz. At 33-years-old, maybe she’s getting that urge to be a mother. Or maybe this is the first time she’s truly felt secure in a relationship.

But I don’t know. I’d be surprised if she had a baby anytime soon, considering her career is at an all-time high right now. She recently starred in ‘The Batman‘ which is the number one movie in the world right now. She ain’t got time for no kid!