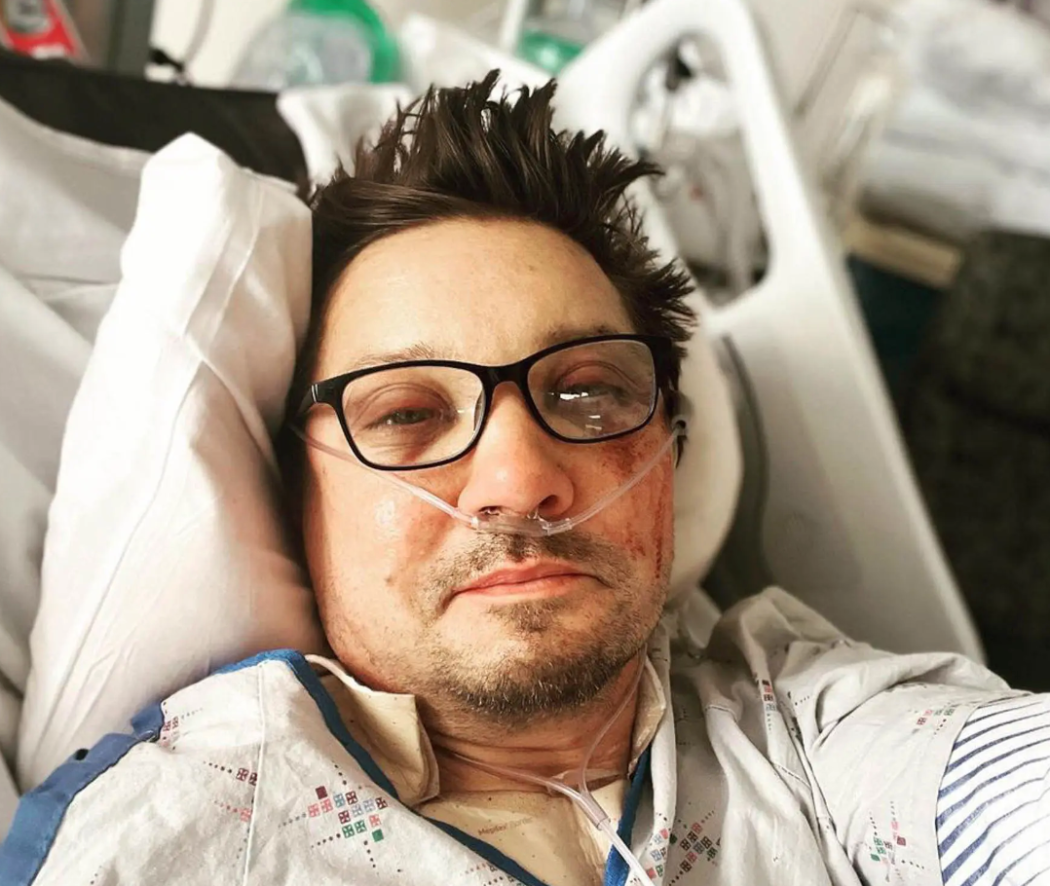 We are learning more about the snowplow accident involving Marvel actor, Jeremy Renner. As most of you know, the 52-year-old star was hospitalized in the ICU for over a week following the accident, which allegedly broke 30 of his bones and crushed his chest.

He’s had to have several surgeries since the incident, and even though he’s now resting at home, he’s still sleeping inside a hospital bed. In his latest photo on Instagram, you can see him receiving PT inside a hospital bed parked right in front of some giant windows inside his house.

But what happened during the actual accident? How did the snowplow run over Renner? Well, we’re getting some new information on that.

According to the latest report, Renner was operating the snowplow when it started to slide. He was trying to pull his nephew’s truck out of the snow at the time, but he was losing control of the snowplow.

Not wanting the snowplow to hit his nephew, Renner jumped out of the machine, forgetting to hit the emergency brake. As Renner attempted to “divert” the beast of a machine from hitting his nephew, he was pulled under and crushed.

Washoe County Sheriff’s Office says the brake would’ve stopped the machine from moving … but the brake indicator light inside the cab of the vehicle wasn’t functioning — indicating mechanical issues might’ve also been a factor.

Renner’s nephew helped him as they waited for emergency officials to arrive on scene. The report states Renner tried to focus on his breathing, but obviously that was difficult because it was probably incredibly painful for him to take a breath.

No word on how long Renner’s recovery will be, but hopefully it won’t be too long.