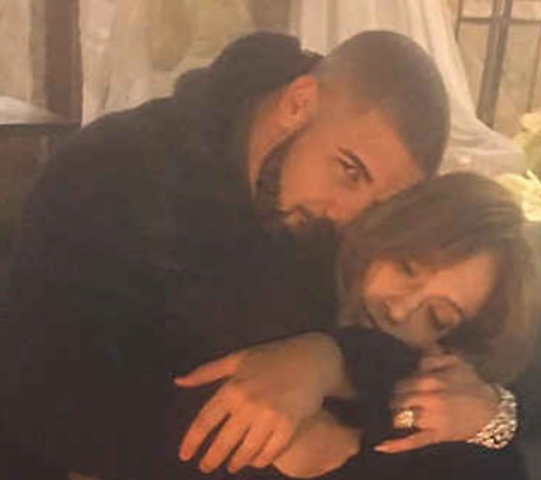 Jennifer Lopez And Drake Fuel Those Romance Rumors With Romantic Photo On Instagram, Rihanna Unfollows Them Both! Earlier this month we reported to you those crazy romance rumors between Jennifer Lopez and Drake. We didn’t really believe them at the time, but now we’re starting to wonder if there truly is something going on between them.

On Tuesday night, the 47-year-old singer and the 30-year-old rapper shared a special moment with each other on Instagram.

They posted the photo you see below, which shows J-Lo laying on Drake’s lap while he looks at the camera with a little smirk on his face. Neither one of them included a caption with the photo, and that was probably a calculated move, because there can only be two things going on here. Either they are dating, or they want people to think they are dating to promote the music they’re working on together. And we feel weird saying this, but we’d put our money on the first option.

Mainly because Rihanna unfollowed both Drake and J-Lo over the Christmas weekend. It’s an interesting development. As most of you know, Drake and Rihanna have been dating on and off for what feels like years now.

Sources tell E! News that Drake and J-Lo are dating and he’s “really into her,” but they haven’t made things exclusive yet, “They seem to really like and respect each other, but it’s early.”

It is early, which is why they should chill with the photos on Instagram. Stop playing with our hearts. It ain’t cool.